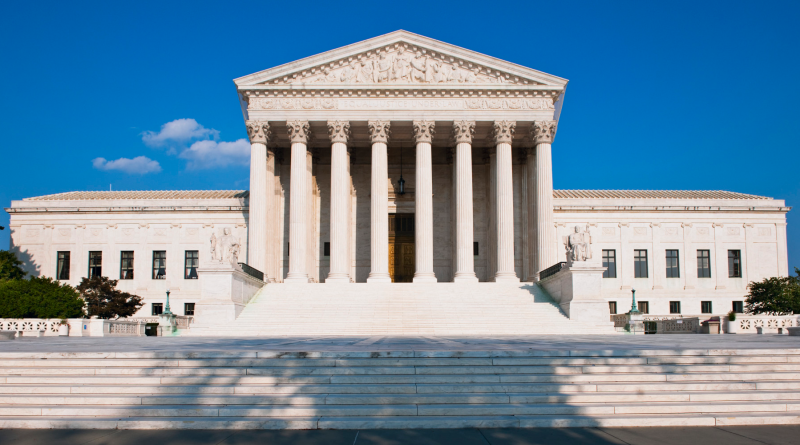 Zoe Cadore is native Houstonian, a 2011 graduate of Spelman College, and a third-year student at the University of Houston Law School where she serves as the president of the Black Law Students Association. She currently serves as an intern for the United States House of Representatives Judiciary Committee, where she is working on issues of voting reform, racial profiling, intellectual property, immigration, and regulatory reform. Cadore has been engaged in the Houston community since returning home from college, serving as Miss Houston 2013 and actively fighting to break down racial barriers plaguing our society. During the 2014 midterm election, she worked closely with several campaigns and “get out the vote” initiatives to increase voter participation and perception of civic responsibility. She hopes to return to Houston upon graduation and use her law degree to continue fighting racial injustices.

Recent events that have taken place in Florida, Missouri, New York, and Texas all have one common theme: an unnecessary killing due to racial profiling.

The history of law enforcement in America is deeply embedded with a presence of racial profiling, often used to maintain the status quo through practices that were biased against persons of color. This harmful practice is one that has been a part of the US criminal justice system since its formation and stems from centuries of North American colonial justice systems. Racial profiling is a term used to describe adverse action by police or law enforcement personnel that is directed at a person because of their race. Although it may not always be the sole reason for targeting an individual, statistically, race plays a large role when law enforcement officers decide who to search and question.

Racial profiling is indeed a problem that many have fought hard to end within the legislative and executive branches of government. However, the courts have historically taken a disappointing approach to racial profiling, oftentimes interpreting the law in a way that further encourages racial profiling rather than preventing it.

The most prominent birth of racial profiling practices began with the enactment of the vagrancy laws during reconstruction and the Jim Crow era. These laws targeted Freedmen and restricted their freedom of movement. Vagrancy laws were a rebirth of the laws that restricted slaves’ freedom of movement within the colonies. Under those laws, “no slaves were to leave their masters’ premises at any time unless in company with whites or when wearing servants’ livery or carrying written passes.”[i] Similarly, vagrancy laws were in place for decades after slavery was ruled unconstitutional and prevented a person from wandering, being idle, or strolling without an explicit purpose. The laws did not expressly target minorities, but because of racial profiling, they were strictly enforced against racial minorities. It was through these laws that a racially divided country was able to maintain power over certain ethnic groups, primarily African Americans, by forcing them into labor in attempts to prevent them from being a “vagrant.” It was not until 1972 that the Supreme Court addressed the issues with vagrancy laws in Papachristou v. City of Jacksonville, striking down the local vagrancy ordinance that gave police the power to make unmerited arrests.[ii] Although the use of vagrancy laws decreased significantly after Papachristou, a new era of profiling began through the creation of the motor vehicle code and court-created exceptions to the Fourth Amendment’s protection against unreasonable searches and seizures.

The “war on drugs” further exacerbated a system designed to penalize those for “walking while Black.” Though initially implemented in the Nixon era, the policy’s lasting effects still permeate today. Although statistics show that Whites, Latina/os, Blacks, and Asian Americans use illicit drugs at almost equal rates, the war on drugs has been overwhelmingly implemented against minority communities throughout the country.[iii] For example, in Tulia, Texas, undercover narcotics officers were found to have framed African Americans for drug-related crimes.[iv] This framing, which later became a large racial discrimination drug bust case, ultimately led to the reforming of sentencing against drug crimes while revealing the prejudices that African Americans faced as related to the drug war.

Before the September 11, 2001, attacks, racial profiling had become a practice that was generally condemned throughout the United States. Even conservative leaders such as President George W. Bush vowed to “end it,” and a federal court viewed racial profiling as an “anathema to [the] criminal justice system.”[v] There were also many efforts made to eliminate racial profiling in law enforcement. The aftermath of September 11, however, added to an acceptable standard for racial profiling, primarily toward people of Muslim descent, but also exacerbated and helped justify existing policies that disproportionately impacted African Americans.[vi]

The Fourth Amendment protects people from unreasonable search and seizures. The warrant is the essential tool used to assert a Fourth Amendment claim if a search and seizure procedure is conducted without probable cause. However, the Supreme Court has construed the Fourth Amendment away from its original enactment, weakening its importance in cases involving automobiles. The Court has created two exceptions to this Constitutional guarantee: the Carroll doctrine and the Belton doctrine. The Carroll doctrine allows for the search of a person’s vehicle when there is probable cause, and the Belton doctrine allows for the search of a person’s vehicle when an arrest has been made.[vii] Both of these doctrines may seem righteous, but they create a large loophole for law enforcement to perform searches and make arrests without proving a legitimate reason. This is just the tip of the iceberg for how the courts have slowly chipped away at the idea of a fair criminal justice system and process. As the country continues to endure decades of racial tension, the courts seemingly continue to make it more difficult to combat the epidemic that prejudice has created within America.

The Fourteenth Amendment’s Equal Protection Clause requires that all persons similarly situated are to be treated equally. In order for a race-based claim to be brought under the Equal Protection Clause, a plaintiff must allege that the government actor intentionally discriminated against him on the basis of his race. Unfortunately, the courts have repeatedly rejected the Equal Protection Clause arguments in racial profiling claims, making it almost impossible to use its protection in litigation.[viii] The Court’s interpretation has almost made it a requirement for police officers to explicitly show discrimination before they can be in violation of the Equal Protection Clause. This creates a defense for any officer with “good intentions.”[ix] Furthermore, the Supreme Court has yet to state a remedy for criminal defendants who are subjected to racial profiling, making any attempt to argue such a claim seemingly hopeless. Rather, the Supreme Court’s interpretation has trickled down into courts throughout the nation, protecting law enforcement and their policies, and allowing the cycle of racial profiling to continue. Since creating legislation to combat the problem is practically impossible and waiting for prejudices toward minorities to die with time puts the country in limbo, it would be ideal to look to the courts for a solution. However, their decisions do not forecast a tide for change.

Traffic stops have become one of the most common areas of racial profiling. Although the Supreme Court has had opportunities to address this problem, it has repeatedly failed to do so. In 1996, in Whren v. United States, the Supreme Court effectively undermined the purpose of the Fourth Amendment in the context of pretextual traffic stops when ruling in favor of a White officer who made an illegal traffic stop, leading to the unjustified arrest of a Black driver.[x] The defendant alleged he was stopped under the pretext of a minor traffic offense, which then led to a search for drugs. The defendant saw this as a violation of his Fourth Amendment rights because of the subjectiveness of the stop, which increased a police officer’s ability to single out Black drivers. However, the Court found this argument to be irrelevant. Rather than seizing an opportune moment to send a nationwide message upon the unconstitutionality of racially motivated and pretextual stops, the Court did the opposite: in a single decision, the Court further “encouraged racial profiling in ordinary traffic stops and abandoned solutions to profiling to the political process.”[xi] This decision set the foundation for racial profiling cases for years to come. The majority of states have adopted this approach, and America has yet to recover.

On its face, decisions like that made in Whren seem harmless. Although the officer’s stop was alleged to be illegitimate, it resulted in the arrest of man that was carrying an illegal substance. In theory, this type of policy only leads to the increase of legitimate arrests and aids in the war on drugs. However, it also opens a door for “bad cops” to take advantage of the system in attempts to exert power over a group of people that have historically been subjugated and oppressed. Since the Whren decision, courts have made similar rulings, extending the decision in Whren to even more leniency. In 2001, the court once again ruled that a minor traffic stop can result in a full custodial arrest.[xii] This type of arrest subjects a person to a full search and confiscation of their possession without a showing of probable cause.[xiii]

Racial profiling is seemingly a disease that has no cure. It is a result of centuries of corruption and abuses of power used by law enforcement to maintain the status quo and disenfranchise certain ethnic groups. It is a practice that survives because of the perpetration of negative stereotypes, primarily against minorities, and reinforcement by the judicial system that is charged with upholding, not diluting, our constitutional rights. The idea that a police officer is justified in profiling a person because of assumed characteristics or behaviors based on race opposes our constitutional standards and our nation’s human dignity. While the arrest that results from a traffic stop may seem minor, regardless of whether or not it is based on pretext, it is but one aspect of a major problem that affects the lives of many and prevents the progress of more. It is these