Home > Blog > How Many Februarys Will It Take for America to Believe Black Children Are the Future, Too?

In 1986 Whitney Houston covered the George Benson hit, The Greatest Love of All, which he originally recorded for a film biography of Muhammad Ali. Stephen Holden of the New York Times wrote that Houston’s cover gave the “message of self-worth an astounding resonance and conviction…a compelling assertion of black pride, family loyalty and spiritual devotion, all at once.”

Now that I work in education, this is a song I often reflect upon when feeling emotionally tasked, particularly the opening lines:

I believe the children are our future

Teach them well and let them lead the way

Show them all the beauty they possess inside

Give them a sense of pride to make it easier

My grade-school friend, Yasmine Muhammad, who was blessed with the talent—and in this case burden—of a great singing voice, was requested to sing this song at every awards ceremony, academic gathering and sometimes basketball games because, why not.

I didn’t know it then but what an incredible message to continuously impart upon children—particularly children that were and are descendants of slaves, carrying almost 400 years of baggage of a dignity lost and a future almost impossible to dream.

So now in 2016, I can reflect and celebrate my ancestors that carried the burden of a back breakin’, cotton-pickin’ South, while spending their nights in hope of freedom trying to make sense of a language that was not their own, while being reminded that their futures lie in nothing but death or labor of the American South.

Nate Bowling has said it before and I’ll say it again, while the fate of black children lies outside of plantation fields, America isn’t quite ready to believe/concede that black children are the future. Instead there’s the exception. There’s the, “Jahmal, despite his circumstances, who has managed to exceed expectations.” There’s also, “Keisha who displays incredible potential.” And of course there a couple of kids from 90220 and 10027 that “made it.”

You see, it’s much easier to find exceptions rather than tending to the whole lot.

The fact is we’re not teaching children well and black children are among the groups that suffer most.

What we are doing is limiting students’ ability to show us all the beauty they possess inside.

I believe children are the future, but America has to believe that black children are part of that future, too. 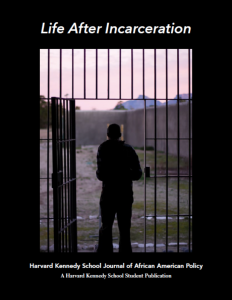