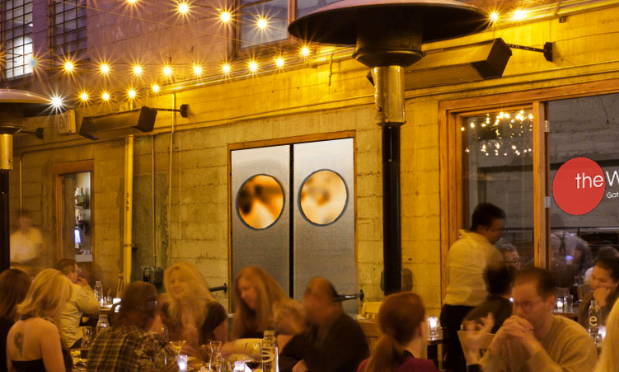 In the restaurant industry, the darker your skin, the more likely you are to be found in the “back of the house.” It’s a world in which your accent prevents you from getting server and bartender jobs, regardless of your qualifications. Unless, of course, you have a European accent. This is true even in California where there are better wages and benefits for restaurant workers than in most other places.

A recent study by the Restaurant Opportunities Center United (ROC United), a workers rights group headquartered in New York, highlights the pervasiveness of racial and ethnic biases in the restaurant industry. Hourly wage and demographic data from the Census Bureau shows that Black and Latino workers are more often busters, runners and kitchen help, and rarely higher-paid servers or bartenders. In addition, in the California cities studied, White workers make up close to 80 percent of workers in fine dining restaurants, where servers may earn up to $150,000 a year in wages and tips.

Saru Jayaraman, executive director of ROC United, notes that racial segregation is one of the restaurant industry’s “most pressing, deep-seated problems.”

The number of lawsuits against restaurants for race-based discrimination is extensive. The U.S. Equal Employment Opportunity Commission’s (EEOC) compilation of “significant EEOC Race/Color Cases” lists restaurants as a common culprit, although most cases are settled and not fully adjudicated. In late 2014, McCormick & Schmick’s, a fine-dining seafood restaurant, settled a 2008 EEOC suit that alleged a “pattern or practice of race discrimination against African-American job applicants by refusing to hire them for front-of-the-house positions and by denying equal work assignments because of their race.” In 2007, a “renowned French chef” from an upscale Manhattan restaurant settled a discrimination suit that alleged that Latino and Bangladeshi workers were “restricted to ‘back of the house’ positions such as busboys and runners and refused promotions to the ‘front of the house’ such as captains, which instead went to Caucasian workers with less experience and seniority.” In 2009, a restaurant in North Carolina settled a lawsuit for failing to hire a Black employee as a bartender because of his race. There was evidence that “the restaurant had a practice of hiring only White people as bartenders.”

Other major EEOC race discrimination cases follow similar patterns: relegating workers of color to lesser-paying jobs, denying them “assignments to larger parties with greater resulting tips and income,” and, in one case, ordering all “African American employees to be strip-searched in response to a White cashier’s drawer turning up $100 short.”

The situation for women of color is far worse. According to ROC, women are “channeled towards lower paying positions in casual full-service restaurants” with women of color seeing “the largest impact of such segregation on their wages.” In California, for example, women of color earn over a dollar less per hour compared to white women and only 71 percent of what white men earn. These workers are fighting back against racial segregation, the gender wage gap and an industry standard of poverty wages.

The recent fast food worker strikes taking place across the nation calling for the minimum wage to be raised to $15 has been led by women. Women make up two-thirds of the workers in fast food. A study by the Economic Policy Institute found that “female and black workers would particularly benefit from an increase in the minimum wage.”

But the fight for dignity extends beyond a livable minimum wage. The restaurant industry must also end occupational segregation based on race and ethnicity.

As restaurant go-ers, we can contribute to putting an end to occupational segregation. Just like our dollars keep the restaurant industry thriving, our dollars can help fight for racial equity in restaurants. ROC United maintains a list in the form of an app that identifies restaurants that treat their workers right. Patronize those with the best ethics, and if a particular favorite isn’t providing its workers with a fair chance at its best paying jobs, or if it isn’t paying them enough to put food on their tables as well as yours, talk to the manager, call it out on social media and add to your tip.

A version of this piece was published by the Los Angeles Times on February 1st, 2016.