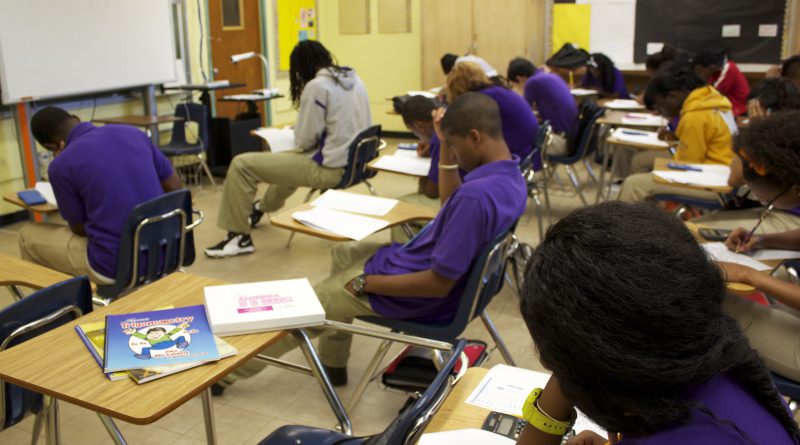 Earlier this year, President Obama’s final State of the Union address discussed early childhood education, high school graduation rates, and community college access. But President Obama skirted a larger issue: poor academic preparation at the K-12 level is a root cause of a lack of people of color in higher education and in the fields of medicine, law, and engineering. Policymakers must address the root causes of this poor preparation, including inequitable educational opportunities, the effects of poverty, and housing and school segregation.

Persistent achievement gaps stem from a lack of equal opportunities among students at earlier levels. Part of this is due to poverty. Policy solutions to these educational equity issues require targeting racial and socioeconomic segregation in schools, in addition to other reform measures regarding school accountability governance structures, teacher quality, and adequate state funding. Equitable educational opportunities are a key way to end systemic poverty, and states should be held accountable for providing a quality public education for all students.

Poverty is known to play a role in life outcomes and social mobility. Poverty has become more predictive of a student’s academic performance than any other demographic characteristic. In fact, the income achievement gap is now twice as large as the racial achievement gap in our country.

Housing and school segregation are also key factors. Raj Chetty and Nathaniel Hendren, economists at Harvard and Stanford Universities, find not only income equality matters to a child’s life outcome, but so does a living situation with less segregation by income and race. Segregation not only deprives students of the opportunity to learn next to peers who are different from themselves, but also negatively impacts student performance. Increased housing segregation has led to imbalanced racial and socioeconomic-status school populations, but there are still strategies states and districts can pursue to ensure between-school and within-school integration by both income and race.

A study of 22,000 schools found Black and Latino students learned at higher levels in racially integrated schools. Poor students at mixed-income schools perform better than poor students at high-poverty schools. Decreasing socioeconomic segregation to one-half the national average is associated with a ten-percentage-point increase in high school graduation rates.[1] The benefits of integration stem from higher teacher quality, parents with more resources or involvement at the school, and higher achieving peers. All students benefit from being in a diverse environment, and middle to upper-class student achievement is unaffected when a critical mass of these families is maintained.

Brown v. Board of Education of Topeka put states on notice of the unique harm of segregation on children. However, despite this landmark judicial decision, it wasn’t until the legislative and executive branches became involved that we saw actual movement in desegregation efforts. The passage of Title VI of the Civil Rights Act in 1964, prohibiting discrimination on the basis of race, color, and national origin, and the Elementary and Secondary Education Act (ESEA) in 1965, the national education law which revoked school districts’ federal funding if found in violation of Title VI, showed the most improved school desegregation outcomes. Federal agency and judicial oversight created momentum in school equity.

However, the reauthorization of ESEA, the Every Student Succeeds Act (ESSA) passed in December 2015, ends the ability of federal officials to judge whether schools are performing adequately and intervene in schools that they deem failing. The responsibility for measuring achievement gaps is left to the states, which also determine any accountability measures for low-performing schools. Civil rights groups pushed Congress to continue holding states and districts accountable for the performance of underserved student populations, but these “advocates fear [states] will be able to meet the letter of the law without truly ensuring that poor and minority students are learning.”

Holding states accountable for their equity plans, which were submitted in June 2015 to the U.S. Department of Education, would be a strong first step, but the already limited accountability measures available to the federal government are more precarious with the passage of ESSA.

Changes won’t come easily. One only needs to look to the explosive pushback by wealthier families in response to a school rezoning proposal that would redistrict several blocks of apartment buildings from a mostly white and well-off public elementary school to a “persistently dangerous,” overcrowded school where 87% of the students are Black or Latino, and 84% receive public assistance. Another layer of complexity comes with successful charter schools homogenously comprised of low-income and students of color, reflective of the neighborhoods in which they are located, very purposefully as part of an organizational model to close achievement gaps. Requiring integration for ideology’s sake without considering other factors may only serve to disrupt the very services to the students of color we aim to serve.

The benefits of integration are clear. The political barriers to integration, and school reform as a whole, are clear. The implications for our Black and Brown and poor children, stuck in persistently dangerous schools without viable alternatives, are equally clear, and should be the driving force behind policymakers’ decision-making.

Rae Shih is a Senior Editor of the Harvard Journal of African American Public Policy. As a current Master in Public Policy candidate at the Harvard Kennedy School of Government and Juris Doctor candidate at the University of Pennsylvania Law School, she previously worked at StudentsFirst as a Policy Analyst in teacher preparation and charter school accountability, and taught math at Edna Karr High School in New Orleans. She has most recently interned at the U.S. Department of Education in the Office for Civil Rights and the Public Interest Law Center of Philadelphia on civil rights issues relating to race, gender, and disability.