Home > Op-Eds > OPINION: Where Are the Brothas? How the Continued Erasure of Black Men’s Voices on the Marriage Question Perpetuates the Black Male Deficit 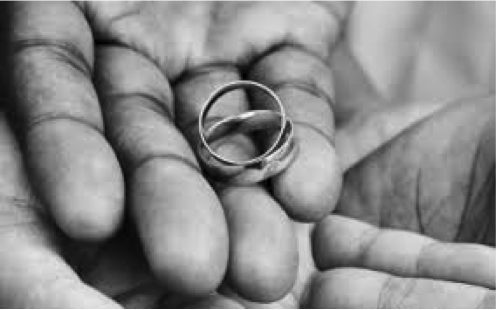 In 2009, Linsey Davis, a Black female correspondent for the ABC News, wrote a feature article for Nightline. She had one question: “Why are successful Black women the least likely than any other race or gender to marry?” Her story went viral, sparking a national debate. Within the year, social media, newsrooms, self-help books, Black television shows and films were ablaze with commentary that interrogated the increasing trend of never married, middle-class Black women. The conclusions of this debate were elusive at best, mostly muddled by different opinions about the conflicting relationship desires of Black women and Black men. But the debate made one thing clear: the controversy about the declining rates of Black marriage is a middle-class issue, and, more specifically, a problem for Black women. Middle-class Black men only enter as a specter of Black women’s singleness; their voices are largely muted in the conversation.

This opinion piece challenges the gendered media portrayal by foregrounding the neglected perspectives of middle-class Black men that are drowned out by the hysteria that surrounds professional Black women’s singleness.[1] I argue that when middle-class men enter the debate, they do so much in the same way as their lower-class brethren: their failure to marry Black women. Middle-class and lower-class Black men alike have suffered a rhetorical death. A popular 2015 New York Times article proclaims “1.5 million Black men are ‘missing’” from everyday lived experiences due to incarceration, homicide, and HIV-related deaths.

This pervasive explanation of Black men’s “disappearance” knows no class variation. Despite changing social mores regarding later marriage entry across social groups, middle-class Black men are described as “missing” from the marriage markets of Black women. In this way, media narratives link the strength of Black men to their marriageability.

Black men’s relationship decisions—when and whom they marry—have been singled out as the cause of declining Black marriage rates. Black men’s higher rates of interracial marriage are linked to the “new marriage squeeze,” (Crowder and Tolnay 2000), which identifies the difficulty for professional Black women who seek to marry Black men of the same ilk. Because of this “squeeze,” in his book, “Is Marriage for White People?”, Stanford Law Professor Richard Banks (2011) recommends that middle-class Black women should emulate middle-class Black men who allegedly marry outside of their race. Such a suggestion prods at one of the most-debated cultural insecurities of Black America, namely, the angst regarding Black men’s patterns of interracial relationships.

Black women are not “All the Single Ladies” despite attempts to make the two groups synonymous.

The media’s perpetuation of dismal statistical trends about Black marriage obscures the entangled roots of white racism, namely, its production of intra-racial quarrels as a mechanism of control. For example, the riveting 2009 finding that 42% of Black women are unmarried made its media rounds while mysteriously unaccompanied by the similar 2010 statistic that 48% of Black men have never been married. This “finding” also dismissed the fact that both Black men and Black women marry, though later in the lifecycle. But, it is no coincidence that this rhetoric pits Black men and Black women against one another; it is centuries-old plantation logic that now permeates contemporary media narratives about Black intimacy.

Black women’s interpretation of this debate—that there are not enough “qualified” (read: degreed, at least median-level income earning) Black men to marry—prevails over what these men think about their marital prospects. As a consequence, we lack adequate knowledge of how this debate has affected the stance of middle-class Black men on the marriage question. My research explores these issues by drawing on in-depth interviews with 80 middle-class Black men between 25-55 years old about their views on marriage.

First, do middle-class Black men desire marriage? They want a committed relationship but are not necessarily thinking marriage (right away). This finding supports a recent collaborative study among NPR, the Robert Wood Johnson Foundation, and the Harvard School of Public Health that finds Black men are more likely to say they are looking for a long-term relationship (43 percent) than are Black women (25 percent).[2] My qualitative analysis provides the “why” to this statistical trend. Respondents revealed that in some of their dating and relationship experiences, they felt women were trying to accomplish the goal of marriage. These experiences left them feeling that their resume was more important than who they were as men. For middle-class Black men, having a wife is a component of success, but not the exclusive goal of it as they felt was often the case with Black women whom they dated.

Second, how does class status shape what Black men consider “qualified”? Respondents felt educational attainment was more important to the women they dated than it was to them; they valued women’s intelligence over their credentials. They conceded that their educational credentials attracted women, yet their resume of accomplishments overshadowed any genuine interest. On the whole, men held the assumption that they would ultimately meet someone who was educated if simply because of their social network, but educational achievement was not the driving force of their relationship decisions. There was a slight intra-class caveat for men who grew up middle-class or attended elite institutions themselves but were not necessarily from a middle-class background. For these men, educational attainment was a strong preference.

[1] My focus, here, is also on heterosexual relationships as that is the focus of my research.

[2] Though almost all of those seeking long-term relationships want to marry in the future (98%).

Joy L. Hightower is a Ph.D. Candidate in the Department of Sociology at the University of California, Berkeley. Her dissertation uses in-depth interviews to examine how the policing of Black men more generally enters into the intimate experiences of middle-class Black men, regarding dating, marriage, and fatherhood.