Home > Op-Eds > A Racial Autobiography of Race in Social Science Spaces: Reflections of My Early Understandings of Race and Racism 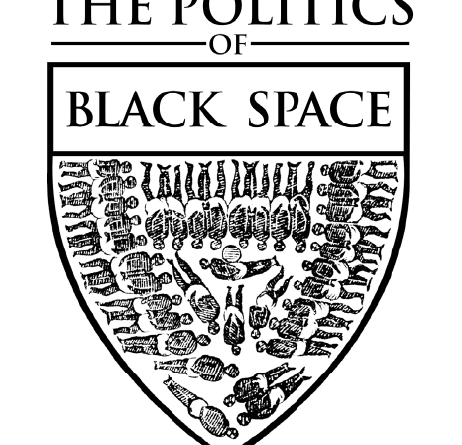 In this personal essay, Janiece Mackey discusses how she navigated the complexities of race within the educational context. Now, having progressed from student to teacher, she promotes civic engagement and intersectional empowerment among underserved youth. Janiece’s story  serves as a precursory example of the Black student and educator experience, discussed in depth in our 2016 feature of “The Politics of Black Space.” Check out the latest edition now, available both in print and online.

Peer: I don’t think that White people don’t like Black people. I just think that they want them to work hard to have a good job and go…to college.

Mackey: Are you saying that I did not work hard to get to college?

Peer: No, I am not saying that necessarily about you because you’re really smart actually. I am just talking about Black people in general. For example, if their parents would work hard then their kids would understand why it is important to work hard and not drop out of school and commit crimes all the time.

Peer: So you think just because a person is Black that White people do not want to hire them?

Professor: Thank you Janiece for sharing. I think we are going to move on to our next part of the lesson.

As a child I was socialized to believe that if we work hard enough, we can have access to the same opportunities as everyone else. I was reared in a post-racial narrative. From Kindergarten through 12th grade, my experiences in school led me to believe that racism was an issue of the past. I attended a diverse high school where students representing seven different ethnic groups were friends, despite class differences.[i] I believed that racism was an issue of the past and that Whites and people of color could have meaningful relationships despite America’s racist history. I was insulated by a dominant narrative concerning race and colorblindness. I did not understand the concepts of White fragility[ii] or Whiteness.[iii]

Instead, I catered to my White classmates’ fragility[iv] and incoherence of race conversations. I wanted to believe that their efforts in attending school with children of color demonstrated a commitment to racial equality. After all, they weren’t “trying” to be hurtful with their jokes or stereotypical rhetoric. It was not until adulthood that I understood the role that their jokes, rhetoric or silencing of racial conversations played in perpetuating the dominant “social narrative.”[v]

By the time I began my undergraduate career, I understood that “good intentions” were simply not enough. Here, my Blackness was placed within a predominantly White space and it weighed heavily upon me. Before, a diverse student body accepted my Blackness without fear, hesitation or discomfort. In college, however, things changed. If we discussed racialized incarceration data in class, White students responded to my questions with slow turns towards me or attempted to avoid eye contact.  Anytime the word “race” was mentioned, everyone turned to me in order to check the pulse on my temperament. I was foreign in this space. Many of my classmates were not used to my presence and they had trouble understanding the multidimensional analysis I brought to classroom conversations.[vi] They were uncomfortable with me. And their discomfort turned into separation, which influenced my distrust.

Grappling with the Words Race and Racism: Race at the Undergraduate Level

I often walked alone to and from class and extracurricular activities. I was more aware of my isolation when passing White peers walking in groups: they would pass me, sometimes say hello, and continue on to the classroom. Once inside, our distancing continued. I assumed that our sharing of a major and desire to fight for justice would have aided in cultivating relationships and partnerships. Instead, I was up against mindsets that invalidated, dehumanized and generalized my experiences as a Black woman from Aurora, Colorado:

“Isn’t it dangerous in Aurora?”

“I heard Aurora is really ghetto.”

“No offense, but if you guys [Black people] would just go to better schools, then you guys would not have so many crimes and high unemployment rates.”

If I probed or pushed back against racist or racially inaccurate comments, I was met with various reactions: denial, silence, expressions of guilt, yells or even tears. They were frustrated with my “elongated” conversations about race, with my preference for class-based analyses, and they did not want me to think of them as racist. It became uncomfortable to use the words “race” and “racism” in the classroom or even among my White peers. I felt their reactions attempted to derail the conversations away from race and I had to move it forward.

Professors also perpetuated and validated a social narrative on the deficits of the Black community. Not knowing themselves how to grapple with conversations on race, I was looked to as an expert. I had to explain socio-cultural elements of the Black experience, to correct prescribed stereotypes, and counter notions that dehumanized the Black race. I was expected to be an expert on race-related topics, yet I lacked a framework to even reflect my own lived experience. I did not have the language to explain or combat the individualized and institutionalized racism that I felt, and I didn’t know that this feeling of racialized and cultural isolation and tokenism was often experienced by Black students.[vii]

It was a heavy burden to carry and my walks to and from the classroom became more difficult. But I was committed to building up the capacity to withstand my Blackness in the classroom: emotionally, intelligibly, and politically.

I did not discover Critical Race Theory (CRT) [viii]  until after college, but it is now a dominant feature in my role as a social science educator. Through CRT’s ability to acknowledge, validate and attempt to disrupt racism and Whiteness, I gained both a language and framework to reflect our shared experiences and outcomes. I could finally place my counter-narrative in a wider sociopolitical context. I could finally resist.

Even though I was equipped with tools to communicate the realities of Blackness, I found myself perpetuating a social narrative that was digestible for and catered to, Whiteness. For example, I agreed that Black youth lacked the necessary resources to be successful and I, therefore, equipped them with the tools they needed to thrive. I recognized this as an issue, as a more productive perspective validated the existing assets of Black youth and the value latent within our communities.[ix]

With a deeper understanding of CRT, I wanted my reality to be told with truth – and for race-related conversations to validate and lend voice to the counter-narratives of future students.  For this reason, I co-founded the Youth Aspiring Americans for Social and Political Activism (YAASPA), an organization that builds the self-efficacy of youth who desire to make a change within our community, pursue social science degrees, and enter into social justice careers. With a motto of “redefining the standards to pull down the barriers,” we support disengaged and underserved youth in academic and career self-efficacy, civic engagement, civic literacy, and racial identity development. As a result, students open their minds to various career paths and are empowered to make a change within our communities. As a result of their involvement with YAASPA, I have heard students share:

“I learned about my history as a feminist…”

“I really enjoyed learning that I have power. I can make a difference by being a leader.”

By planting seeds of critical consciousness within students, YAASPA empowers them to carry their true value into spaces where institutional racism could impact their identities. Students learn about constitutional amendments, criminal justice, education policy, the school-to-prison pipeline, racial stereotypes and racial identity development. They are exposed to the connections between identity and systems of oppression, yet they are empowered to recognize their own value and potential.

Providing youth with the space to be candid about their racialized experiences, yet hopeful for the future, both excites and inspires my work at YAASPA. It is my heart’s desire that youth have the language, knowledge, and civic consciousness necessary to navigate their world. It is my hope that they are empowered in ways that I only discovered later in my social science journey.

Janiece Mackey is the co-founder and Executive Director of Young Aspiring Americans for Social and Political Activism (YAASPA), an organization that provides a conduit for youth of color to become civically engaged in their communities and careers. Mackey, a “teacher-preneur” for YAASPA, has a zealous commitment to social justice and for creating innovative experiences for youth interest in social science careers. Through YAASPA, Mackey leads scholarship fairs, social sciences institutes, and teaches a course entitled, “Civic Engagement in Community and Career.” Recently, she launched a partnership between YAASPA and the Community College of Aurora Foundation’s Aurora Gives program to provide social science students with a two-year scholarship. Mackey is PhD student in Curriculum and Instruction with a Public Policy emphasis at the University of Denver and currently serves as an Adjunct Faculty in Political Science.

[ii] “So-called progressive whites may not respond with anger, but may still insulate themselves via claims that they are beyond the need for engaging with the content because they “already had a class on this” or “already know this.” These reactions are often seen in anti-racist education endeavors as forms of resistance to the challenge of internalized dominance (Whitehead & Wittig, 2005; Horton & Scott, 2004; McGowan, 2000, O’Donnell, 1998). These reactions do indeed function as resistance, but it may be useful to also conceptualize them as the result of the reduced psychosocial stamina that racial insulation inculcates. I call this lack of racial stamina ‘White Fragility.’” [DiAngelo, Robin. “White fragility.” The International Journal of Critical Pedagogy 3, no. 3 (2011): 55-56.]

[iii] Whiteness comprises three primary characteristics. First, Whiteness encompasses a structural advantage. Second, it is a standpoint, from which White people look at [themselves], others, and society. Third, Whiteness includes unmarked normativity of cultural practices. [Frankenberg, Ruth. White women, race matters: The social construction of whiteness. U of Minnesota Press, 1988: 1.]

[iv] “incoherent talk is a function of talking about race in a world that insists race does not matter. This incoherence is one demonstration that many white people are unprepared to engage, even on a preliminary level, in an exploration of their racial perspectives that could lead to a shift in their understanding of racism” DiAngelo, Robin. “White fragility.” The International Journal of Critical Pedagogy 3, no. 3 (2011): 65.

[v] Social narratives operate to normalize oppressive conditions within society by telling stories from the perspective of the dominant social group in order to sustain their racial and class privilege.” [Dixson, A. D., & Rousseau, C. K. And we are still not saved: Critical race theory in education ten years later. Race ethnicity and education, 8, (2005): 7-27.]

[viii] There are six tenants of critical race theory are as follows: