Home > Articles > Policy Matters: On the Necessity for the NYC Cultural Plan to Address Equity Among City-Funded Arts Groups 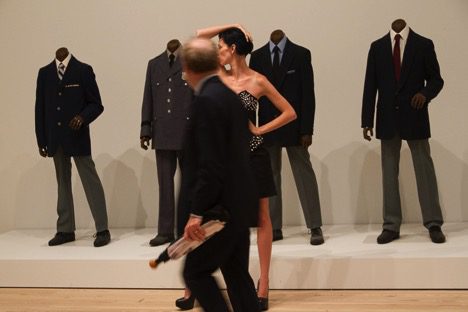 As the development director at an Afro-Caribbean arts center in New York, an organization whose exhibitions and programs combine art, cultural history and social justice, I was among many hopefuls looking forward to the release of official data describing the disturbing lack of diversity among the leadership, staffs, and audiences of city-funded arts groups earlier this year.[1] Knowing fully that the report on Diversity in the New York City Department of Cultural Affairs Community would only confirm what I already knew about the rampant racial and ethnic disparities plaguing these organizations, especially in core departments like research, exhibitions, collections, and education, I was excited because I believed its findings—part of Mayor Bill de Blasio’s vision for a more equitable city—could be used to shape the City’s first comprehensive cultural plan, which is now in development.[2]

Not so. Last December, a spokesperson for the Department of Cultural Affairs (DCLA), the city agency that oversees public funding for arts nonprofits, clarified that the dismal findings of last year’s mandatory diversity survey will not be connected to the cultural planning process, nor will it affect organizational funding decisions. Opting for a more celebratory approach, DCLA officials appear more focused on sharing so-called best practices for diversity and inclusion, “versus an interrogation for the sake of finger-pointing,” according to Edwin Torres, the City’s acting Cultural Affairs commissioner.[3] But this palliative strategy, which misdirects attention from policy ideas intended to advance cultural equity, will do no good when the DCLA, one of the largest arts funders in the country, does not have an institutional definition of diversity, nor any plans to develop one, as would be required in order to create standards of compliance for groups receiving taxpayer support.

This disinclination to leverage the cultural plan to address systemic issues of inequality is a missed opportunity of historic proportions. In this aspirational moment of city planning, policymakers can define a new, measurable ideal of diversity and connect it to enforceable policies. The de Blasio administration’s multiagency efforts to “put an end to economic and social inequalities that threaten to unravel the city we love” are commendable, and the DCLA’s first diversity study surely reflects this mandate.[4] But if combatting inequality is to be a true citywide priority, the DCLA and its cultural plan developers cannot turn a blind eye to the festering reality of decades of arts funding policies whose good intentions have evidently done little to rectify the racial disparities among city-funded groups. Current historic inequities jeopardize the vibrancy, stability, and integrity of the creative economy in this ‘majority-minority’ city, which would like to think of itself as an international model of inclusion and diversity.

In its present form, the City’s arts funding process amounts to a de facto cultural policy that has systematically underfunded small and mid-sized arts nonprofits and groups led by people of color for decades. For example, the vast majority of public arts funding supports large organizations with budgets greater than $5 million. Such organizations, which comprise less than 5% of the landscape of arts and cultural nonprofits in New York City, are guaranteed nearly 80% of the DCLA’s expense budget year after year.[5] These institutions focus primarily on art and culture rooted in an elite version of the Western European canon, and their programs serve audiences that are predominantly White and wealthy.

According to the 2016 report, “Diversity in the New York City Department of Cultural Affairs Community,” the leadership of these elite organizations is also disproportionately White, especially at senior staff levels. For example, while only about one-third of NYC’s population is White, 62.5% of the staffs of the DCLA’s grantee organizations are White, and that figure increases to 74% for senior staff. Analyzing staff diversity by budget size also revealed that “as an organization’s budget increases so does its percent of white non-Hispanic[6] employees.”[7] Further, of the employees from historically under-represented backgrounds, the overwhelming majority of these workers are concentrated in comparatively low-earning security, facilities, retail, and human resources jobs at a remove from the core artistic and educational work. Curatorial and exhibition teams, meanwhile, remain almost 80% White, in a city in which White non-Hispanics comprise just 33% of the population.

Exacerbating the City’s failure to prevent public funding from disproportionately benefitting elite institutions are similar imbalances within private arts philanthropy. In 2011, the landmark report, “Fusing Arts, Culture and Social Change” showed that the top 2% of arts organizations in terms of budget size received well over half of all arts contributions nationwide.[8] Of those, just three were organizations of color. Although philanthropic service organizations like Grantmakers in the Arts have established bold platforms for racial equity in arts philanthropy and have called directly on foundations to increase arts funding for undercapitalized groups, neither DCLA officials nor elected authorities have said that achieving racial equity will be a goal of the NYC cultural plan.[9]

What can we do now to rectify matters and shift a hegemonic paradigm to one of aesthetic inclusion and fiscal equity?

A major obstacle is the DCLA’s Cultural Institutions Group (CIG) program, which proffers additional financial advantages to an already over-privileged circle of thirty-three of the largest, richest, and whitest organizations citywide. Most New Yorkers are unaware that the thirty-three members of the CIG enjoy access to a large portion of the DCLA’s expense budget annually earmarked exclusively for them. Meanwhile, the City’s approximately 1,000 other arts groups vie mightily for access to a much smaller pool of funds divided many more ways following a highly competitive panel review process that does not use any diversity-related criteria.[10] For these organizations, the best-case scenario is winning a short-term project grant that does not sufficiently cover the “indirect costs” of administrative side support.[11] The CIGs are spared this competitive drain on scarce human resources, a benefit whose unfairness is compounded by CIGs’ greater access to private wealth and subsidized utilities. Absurdly, this means that the very organizations that are exempt from the requirement are those who can most afford to meet it.

Indeed, in a city known globally for its artistic and cultural potency, it is striking that so many top museum executives already sound prepared to admit defeat when it comes to the diversity initiatives they have in place, despite being able to realize immense capital expansion projects that are literally altering the skyline. In December 2015, three accomplished and ambitious museum leaders told The Wall Street Journal tales of their struggles to diversify their top ranks, including their boards of trustees, despite making progress with recruiting diverse candidates to programs pitched at the high school and undergraduate levels.[12] Without doubting the sincerity of these individuals, I believe their difficulty stems from the reality that there is not enough financial incentive and thus motivation to diversify.

In order to make meaningful and sustainable change, the DCLA and its cultural planners must define and enshrine inclusion and diversity as essential positive features of city-funded organizations. Artistic diversity and inclusion criteria must be defined, not just in terms of stated mission and desired audience, but also in ways that can be measured. When measured by ethnicity, race, and income, who in fact is an organization’s audience and who comprises its board of trustees? Does an organization’s senior staff reflect who the organization purports to serve? With the 2016 study, there is a rich trove of data and baseline findings for gauging change over time. There should be consequences for grantee organizations that engage in the perpetuation of racial, ethnic, and elite homogeneity that contradicts their mission. Serious proposals to end harmful cultural and fiscal inequity perpetuated by government agencies must include penalties for lack of compliance.

Even more important for advancing equity, DCLA officials must seize this opportunity to correct the deep underinvestment in small and mid-sized organizations that has resulted from these intersecting policies. With budgets in the small to mid-sized range, even the City’s most venerable arts and cultural organizations of color continue to receive piddling amounts of public funding as compared with the CIGs, which have benefitted from decades of financial support including critical general operating dollars. Cultural plan consultants must work with policymakers to establish a dedicated general funding program for organizations of color that is written into the City’s arts and culture budget. By redirecting resources to organizations with already diverse staffs and audiences, the DCLA can provide a stable source of support that will allow them to invest in their operations in the manner necessary to promote further development.

That the City budget for fiscal year 2017 incorporates a 10-million-dollar increase for arts and culture, the first such boost in a decade, represents a victory that all New Yorkers should find encouraging. However, the fact is that public arts funding measures among the top most unequal aspects of life in this “tale of two cities,” and to my knowledge, no one connected with the cultural planning process, including the nonprofit consultants selected to take the lead, has yet proposed a policy-based course of action or a procedure to fix this.[13] With legislation requiring the DCLA to release a comprehensive cultural plan for the City by July 2017, that is both the challenge and the opportunity now at hand.

Nicole E. Reiner is Director of Development at the Caribbean Cultural Center African Diaspora Institute in East Harlem, New York. She is a fundraiser, researcher and writer dedicated to nonprofit organizational success and sustainability. Nicole holds an M.A. in Museum Studies from New York University and a B.A. in Art History from Grinnell College; her writing has appeared in the International Journal of the Inclusive Museum and Rutgers Art Review. In 2016, Nicole earned a Cultural and Ethnic Arts Executive Leadership certificate from the Rutgers Institute for Ethical Leadership at Rutgers Business School.

* I would like to thank Dudley Cocke and Mina Matlon for their invaluable feedback on an earlier draft of this essay.

[1] The Caribbean Cultural Center African Diaspora Institute (CCCADI), founded in 1976 by Dr. Marta Moreno Vega, is one of New York City’s earliest organizations to focus on the cultural contributions of African descendants in the Americas and, I believe, the only cultural center founded and fully, specifically dedicated to Caribbean culture.

[10] In fiscal year 2014, the thirty-three members of the Cultural Institutions Group received $113.7 million in public support through the DCLA, while all other arts and cultural organizations competed for access to $32.4 million. Presently, only four members of the CIG are historically non-white institutions.

[13] A relatively little-discussed (among arts researchers) 2015 report by the City University of New York’s Institute for State and Local Governance with support from the Rockefeller Foundation found extraordinary statistical evidence of inequality in the areas of “income and funding for the arts” in New York City. For example, one of the four “indicators” in the arts (there are 96 indicators total each designed to “compare life outcomes for New Yorkers who tend to have very different degrees of advantage, power, and voice in the city,” from differential rates of chlamydia among blacks and whites to the median annual salary for women and men), found that “arts organizations in wealthy areas of the city are much more likely to receive city funding, compared to those in poor areas.” With a score of 10 (indicator scores range from 1 to 100, with the former representing the most inequality and the latter representing the least inequality), this measurement is “at the very low end,” “extremely so” (p. 51). According to its authors Victoria Lawson, Qian Zhang, Shawnda Chapman Brown, and Besiki Kutateladze, the report provides baseline findings to serve as a kickoff for measuring change over time, with a new report due in late 2016. “Equality Indicators: Baseline Data for Measuring Change Toward Greater Equality in New York City,” (September 2015), accessed November 22 2015, http://equalityindicators.org/wp-content/uploads/2015/08/Equality-Indicators-Report-September-30-2015.pdf.