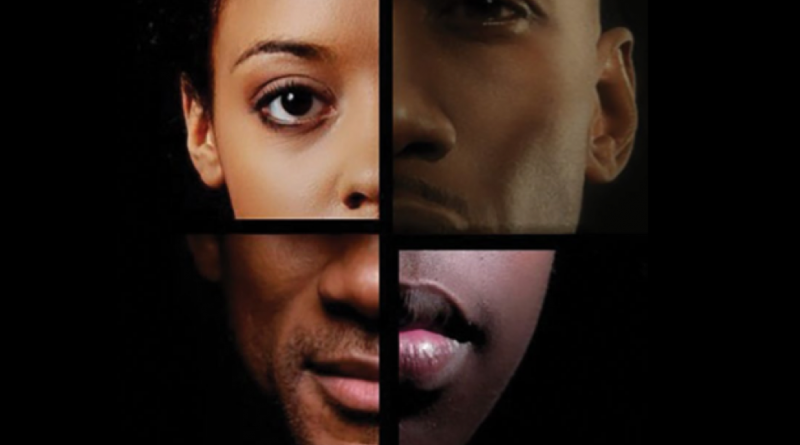 Each and every single person you encounter in your day to day uses various identities to describe themselves. For some, it’s their race. While for others, it’s their religion. But the list goes on: gender, sexual orientation, nationality, political or even social ideologies. All of these categories – these buckets, if you will – helps us craft our own individual narratives. They inform others, and even ourselves at times, about how we interface with everything around us. But sometimes, these same identities – these parts of who we really are – can also be sources of tension. Sometimes, these parts of who we are don’t mesh all that well together, and in fact, they  clash. Our identities seem simple enough. Kind of like building blocks, right? Liberal. Conservative. Homosexual. Heterosexual. Muslim. Christian. White. Black. And the list goes on and on. With each unique traitcomes a new way with which to view the world. But, when taken in tandem with each other, some of these collective identities reveal some pretty harsh and nuanced social complexities. And, naturally, a host of inequalities too. This might all sound a bit abstract right now, but I actually remember the first time I came to recognize this truth firsthand.

Imagine just turning seventeen. You’re walking into one of your first few realdays of community service. Mainly because, up until this point, it was your community that needed servicing. In any event, you find yourself at a domestic violence shelter in your hometown of South Central Los Angeles. There, you meet a wonderful four-year-old bundle of joy by the name of Bianca. Little Bianca and you become friends instantaneously. A full three-feet of personality, Bianca had been running around the shelter that day looking for someone to help craft a masterful version of the Easter Bunny. She walks up to you, looks you up and down, and determines that you are worthy of assisting her in this cause. She grabs your arm –woefully unaware of your inability to color at even a grade school level – and sits you down at her work studio — a mini desk in the childcare room.

Though you’re tempted to save yourself the embarrassment, you realize how serious of an occasion this actually is. This could very well be this sweetheart’s big break. Museums. Galleries. You’d probably even settle for refrigerators, but deep down, you know the possibilities are endless. So, you sit cautiously and proceed to help as best you can.

Red. Yellow. Blue. Orange. Green. Magenta. You realize you’re using a lot of colors that don’t really make sense together. But that’s fine because she’s four. And who cares that you can’t stay inside the lines. Because, again, she’s four. And then, moments before you guys are about to finish your masterpiece, as you’re laughing together, you watch as your new friend is hoisted out of her chair by her mother. Frustrated. Angry. Upset. “Get away from mybaby girl,” she yells.

I’ll never forget that rattled feeling I felt when it happened. I stopped, placed the yellow crayon I’d been using next to the almost-finished Easter Bunny, and smiled softly at Bianca. I thanked her for her time and made my way to the opposite side of the room. Her mother deserved the ease. A few weeks later, I found out that Bianca’s mother had been in several abusive relationships – all with men of color. And, as a young black male in the center, I served as a reminder of the physical harm and emotional turmoil her ex-partners inflicted on her. My blackness and my masculinity served jointly as a source of visceral fear for Bianca’s mother, and it prompted me to think heavily about the historic and sociological relationships between men and women. But even more specific than that, the relationship between men of color and women of color. And I realized that I wanted to do something. I needed to do something.

Little did I know, I would spend the next several years undergoing the intellectual exercise I eventually discovered was coined intersectionality. Thanks to notable women of color like Kimberlé Crenshaw, Angela Harris, and Patricia Collins, I spent countless hours looking to explore and understand the sentiments shared and felt by women like Bianca’s mother. Doing so helped myself and countless othersthink critically about the policies in motion that prevent so many women of color (and black women, specifically) from the peace they truly do deserve. But aside from the marvel of empathy? The beauty of intersectionality lies in the unique lens it provides with which to view the world.

So, unsurprisingly, the first goal of this issue is a tribute to intersectionality; to highlight the value and wonder of it as a theory and a tool worth practical application. But the second and probably more important goal is to demonstrate how we can and do utilize intersectional approaches to analyze the real issues so often at the heart of obstacles facing the black community. This edition of the journal is a journey across the breadth of subjects within intersectionality that have direct ties with the black experience. With pieces ranging from the difficulties facing black folks amidst attempts of social and political representation to the judicial system and welfare regime, the journal attempts to bring together a series of themes under the auspices of intersectionality. This edition is a story. And with it, we at the Harvard Kennedy School Journal of African American Public Policy hope that each and every reader is able to find their own policy area with which to focus on, the fervor to commit to it, and the thoughtfulness to engage with it.

Author Biography: Aaron Francis is a joint JD/MPP ‘18 candidate at the Harvard Law School and the Harvard Kennedy School of Government. At the law school, Aaron is involved in the Black Law Student Association and serves as a student attorney at the Harvard Legal Aid Bureau for low-income clients in the Greater Boston area, dealing primarily with family law issues. At the Kennedy School, Aaron is a resident Sheila C. Johnson Fellow and serves as the editor in chief of the school’s Journal of African American Public Policy. Aaron will work as an attorney at the law firm of Cleary Gottlieb, Steen & Hamilton upon his departure from the joint degree program.