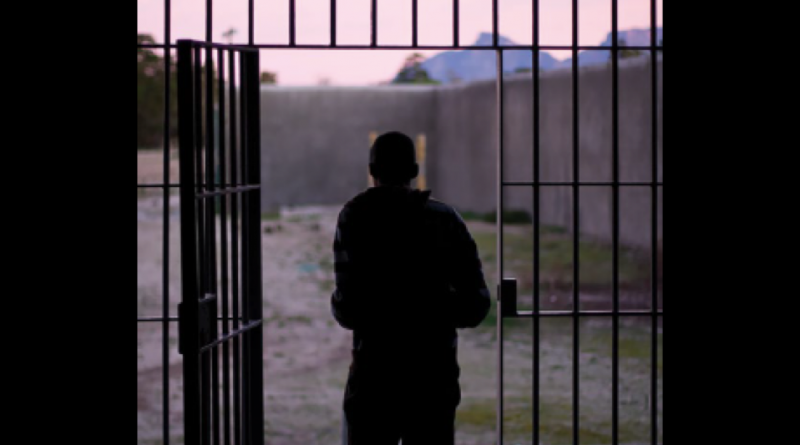 In the United States, we owe formerly incarcerated people. This is abundantly clear when you evaluate the status quo. A person who completes their sentenced punishment after being found guilty has paid their debt to society. Unfortunately, laws across country force the formerly incarcerated to continue to pay for their crimes long after their release from the criminal legal system. These collateral consequences of incarceration are often unrelated to the person’s crime and dramatically hinder the reentry process. Cultural stigma, legal discrimination, and enhanced trauma describe the reality for hundreds of thousands of people in America, because “free” society continues to make formerly incarcerated people pay. Hence, we owe them, and it is time to pay them back.

Though it cannot be an all-inclusive proposal of what we owe or how we should reimburse this population, this volume of the Harvard Journal of African American Policy(HJAAP) is a starting point. The Black community is intimately aware of the need to reform abusive penal culture. Although Black people represent only 13 percent of US residents, we make up a disproportionate 40 percent of the more than 2.3 million people held in confinement. Most incarcerated individuals, including youth and immigrants, are expected to regain freedom after serving their time. However, many will do so without the training, support, and resources to become healthy, productive members of society, which is why 76 percent of individuals are expected to return to prison within five years. To change current trends, we must change our attitude. Reentry planning must begin on the first day of confinement and continue far beyond the first day of release.

My personal understanding of this problem has heightened over the past year. I recently reconnected with a relative who is incarcerated. Although they have been physically absent all of my adult life, our written reunion confirmed they have always been spiritually present. Our letters are full of laughter, but there is a sense of pain lurking in the corners of each envelope. Prison is not a joke. When I toured a correctional facility for the first time in the fall, it was mentally difficult to listen to the administrators and guards, to see the dilapidated environment, and imagine the lives of the inmates. The national discourse on criminal justice reform rarely describes what I experienced. Legislative accomplishments, such as the First Step Act, and widespread protests, like the 2018 national prison strike, seemed miniscule when I assess the totality of damage caused by the pernicious penal system. In response to my sense of grief, I decided to commit HJAAP to a discussion on an issue that is often placed on the backburner: reentry.

The works included in this volume underscore the need for systemic reentry reform at micro and macro levels. Each piece includes recommendations, implicit and/or explicit, for shifting the current toxic conditions to a more socially constructive scheme. While some of the articles may be at tension with one another, others may fit neatly into a cohesive narrative. Similarly, some arguments may reinforce your policy views while others challenge your core values. HJAAP is proud to facilitate a diverse and lively conversation. The voices of currently and formerly incarcerated people were prioritized for publication. This volume is deliberately sequenced to give historical context, examine life in prison, and explore reentry challenges.

Historical examples, contemporary research, and personal accounts describe state-operated racial violence in multifaceted detail. Jones, a formerly incarcerated Black man, highlights police brutality and its lasting effects in “A Look Back at My Experience with Police Violence, the Root Cause, and the Traumatic Impact It Has on Black Communities.” The piece introduces how Blackness is a key target of the criminal legal system and provides a helpful foundation for fully understanding the depths of the articles, essays, and art that follow.

In “Smartphonapalooza,” Ali Moseley shares his experience of owning a smartphone. The associated benefits and disadvantages of the cellular device within prison are functionally similar to, yet obviously different from, the ramifications of smartphones for those outside prison. Moseley’s story is likely to take you on an emotional ride and leave you with more questions than answers.

In “Art, Incarceration, and the After Life: On Teaching Creative Writing in Prison,” former Santa Cruz mayor Tim Fitzmaurice writes about teaching creative writing at Salinas Valley State Prison. He includes the words of his students to emphasize the importance of recognizing incarcerated people as part of the local community. Ultimately, Fitzmaurice calls for society to rethink our attitudes toward this population.

In “Going to See the Man,” Kevin Sawyer narrates his trip to a hearing at the Board of Parole . His inner thoughts and detailed observations transform the perfunctory visit to a critique of “rehabilitation.” There is a not-so-subtle irony in the comparison of his prison resume and the evaluations he has received as a prisoner.

Excerpts from the photo essay “Life After Life in Prison: The Bedroom Project” are used as a transition point for the journal. Sara Bennett provides photographs of women and their handwritten messages to put faces to the population this issue focuses on. Image of women of color are intentionally used to underscore the fact that women of color are the most overrepresented demographic in prison compared to the general population.

“Do the Pipes Align: Evaluating the Effectiveness of Prison-to-College Programs” is a unique comparative analysis by Lillian R. Lampe-Martin and Christopher R. Beasley. After identifying key factors affecting the transition from prison education programs to post-prison education programs, the authors evaluate several such enterprises across the country. The study details strengths and weaknesses of such programs as educational initiatives and as benefits to incarcerated persons and greater society.

Victor J. St. John and Kwan-Lamar Blount-Hill incorporate a geographical and architectural approach to reentry analysis in “Place, Space, Race, and Life During and After Incarceration: Dismantling Mass Incarceration through Spatial and Placial Justice.” They explore how the physical structure of correctional facilities and the spatial distribution of social service resources within Black communities contribute to mass incarceration. The piece concludes with recommendations for change.

“Changing Language Changes Perception” by Dr. Vanda Seward demonstrates the power of rhetoric. She actively discourages the use of common terms that describe people who are or have been in prison in order to reduce the weight of the negative social stigma attached to them throughout their lives. Because words matter, there is a need to ensure currently and formerly incarcerated individuals are described with people-first language.

Liku Madoshi, the author of “Mind on Lock: The Impact of Incarceration on Black Mental Health,” argues for a greater mental health focus in criminal justice reform. She makes the case greater attention to mental health will benefit all incarcerated persons, but especially Black people. She cites the predicted reduction in recidivism as support for her recommendations.

Tachana Marc analyzes the Sunshine State’s current political climate in “Reentering Society: The Florida Narrative.” By focusing on rehabilitation, she highlights areas for improvement in the Department of Corrections. The policy ideas discussed include assistance during and after incarceration.

In “Wisconsin Has a Solution to America’s Hidden Unemployment Problem,” I discuss startling statistics about the national unemployment rate among the formerly incarcerated population. The effects include negative impacts on public safety and economic growth. Luckily, a current law in Wisconsin serves as a model solution to this problem.

Relatedly, Tiffany Thompson focuses on entrepreneurship in “Sunlit Prison of the American Dream.” She weaves together the stories of Black, formerly incarcerated business owners to outline barriers [TO WHAT] and necessary reforms. Individual and systemic challenges are explicitly brought to light.

Various pieces of poetry are included throughout this volume. Their melodic words bring forth emotions best expressed artistically and impossible to summarize in a policy proposal. Several of the poets were connected to HJAAP through the Social Justice Sewing Academy, the Poetic Justice Project, and California Arts Council’s “Arts in Corrections” and “Reentry Through the Arts” programs. HJAAP is grateful for those who have committed their professional and personal lives to this work.