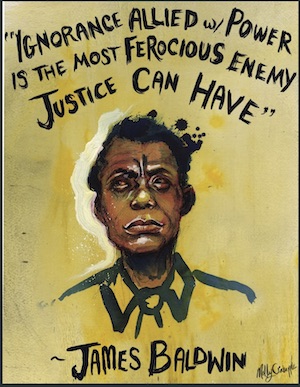 “Anti-Blackness in Policy Making: Learning from the Past to Create a Better Future”

After an event at Harvard Law School, a White male student shared with me that the further we get from segregation, the less Black people can blame segregation for current disparities. This future attorney, who undoubtedly will be in a position of power during his career, lacked an understanding of the complex history of race in this country. He did not understand that the systemic anti-Blackness that originated with the enslavement of African people did not cease to exist simply because explicit, legally sanctioned racism “ended” in the 1960s. He did not understand that the people who held racist beliefs and upheld segregation in the past are the same people who taught their children, their grandchildren, and the students in their classrooms who are alive today to hate. That this enabled not only systemic racism, but also interpersonal racism.

Though this was a student at HLS, many policymakers around the country hold similar beliefs. For instance, Senator Mitch McConnell told reporters that “he does not favor reparations ‘for something that happened 150 years ago, for whom none of us currently living are responsible.’”[1] 2019 marked four-hundred years that Black people have been in this country. The United States subjected Black people to 250 years of slavery, 100 years of de jure racial segregation—legal separation of racial groups based on the law—and fifty years where significant racial disparities continued to persist. In response to McConnell’s comments, author Ta-Nehisi Coates “ticked off a list of government-sponsored discriminatory policies—including those in Mr. McConnell’s birthplace of Alabama —such as redlining and poll taxes” that occurred well after the 150-year marker that McConnell identified.[2] By not understanding race and history, we ensure the systems of oppression that have been in place for the past 400 years will not be challenged, and as a result, will continue. By not understanding race and history, the natural answer to the questions “why are African-Americans overrepresented in the criminal punishment system” and “why are African-Americans disproportionately low-income” will not be systemic oppression, but racial inferiority.

The dominant narrative that the majority of us have been taught to believe is that institutions, like the courts and police officers, are fair, good, and constantly in pursuit of justice. With the twenty-sixth volume of the Harvard Kennedy School Journal of African American Policy, we hope to challenge this belief by highlighting how a diverse set of institutions and policies have historically worked to further marginalize Black people while drawing connections to how similar practices exist today. The majority of the works in this volume also contain recommendations for how we can prevent the creation of anti-Black policies in the future.

The first article in this volume, “Institutional Racism Lives at HKS, Compromising Its Effectiveness as a Public Institution,” was written by Yohana Beyene, Karl Kumodzi, and Danielle Simms, three Harvard Kennedy School students who sought to bring to light the institution’s structural racism in hopes that the exposure would cause change to occur within the institution. The op-ed highlights the need to teach public policy students about race and history to ensure their work after school does not create further harm by perpetuating anti-Black policies.

In “Segregated Healthcare: Past and Present,” James Blum and Kamini Doobay draw parallels between the United States’ history of segregated healthcare based on race and the segregated healthcare that exists today based on class that disproportionately impacts Black people. Blum and Doobay offer ways that we can learn from our past to better understand how we can create an equitable healthcare system moving forward.

Mutale Nkonde describes the way technology can be used to promote anti-Black policies in “Automated Anti-Blackness: Facial Recognition in Brooklyn, New York.” The article explores the introduction of facial recognition technology to a residential building in the Brownsville neighborhood in New York City.

Miriam Edelman showcases an intimate and masterful knowledge of the voting history of the District of Columbia and its particular modern-day implications for Black residents in “D.C.: The Nation’s Plurality African American Capital and Disenfranchisement in the U.S. Congress.” As Edelman explains, the calls for full voting rights and congressional representation for D.C. have been centuries in the making and must be acted upon now.

In “‘With All Deliberate Speed’: Closing the Black Educator Gap,” University of Chicago public policy student Michael Johnson deftly lays out the causes of the current dearth of Black educators and the consequences this has for Black students. Johnson closes by explaining how targeted investments can make a difference.

The works in this volume provide a few examples of how the racism of the past has simply transformed and is still present in today’s society. I encourage you to always seek to understand how policies that are proposed today reflect policies that have come before and the impact of those policies on Black communities. However, understanding the intersection of race and history is only the beginning of the work towards racial equity. We must also actively unlearn and combat anti-Black beliefs within ourselves and the world.